The graphic call of the Whats Art Association for the new look of the Recanati Art Festival, closed on May 3, has a winner. It was awarded the prize offered for the best graphic proposal, Alessia Masiello. Class ’98, Neapolitan, graduated in Design and Communication at the University of Campania Luigi Vanvitelli, Alessia attended the international course of studies in Design, Multimedia and Visual Communication at Sapienza in Rome, master’s degree in English, to become a Graphic Designer . The number of works arrived from all over Italy was significant. After a careful selection, the jury – composed of Diana Eugeni (graphics), Maria Elena Savoretti (graduated in Design and Light Design, is Interior Designer and Designer Consultant, professor of the Academy of Fine Arts), Paola Gioacchini (graphics manager Whats Art) – made her choice, motivating it as follows: “The candidate presents a complete and structured book, consistent with the requests of the call. The concept is centered on two valid hypotheses of logotype, posters and promotional materials for the event, publications, posters and gadgets. The first proposal is in line with the founding ideas of the artistic project on which the event is based, original and with a fresh character. It is an excellent creative synthesis of the artistic forms of the Festival ”. Alessia’s proposal was really well done: she presented two alternative projects and logo and poster mockups in the possible promotional contexts of the event. The definitive logo and poster will then be published on all the Festival channels. But it doesn’t stop there! So many proposals arrived and really interesting so, to give the right visibility to all, Whats Art has decided to collect them in an exhibition to be exhibited during the 5th edition of the Art Festival, scheduled in the historic center of Recanati on 9-10. -11 July. However, there was great satisfaction for the excellent success of the call, which fully centered the intention of the Whats Art Association to restart with renewal and participation. 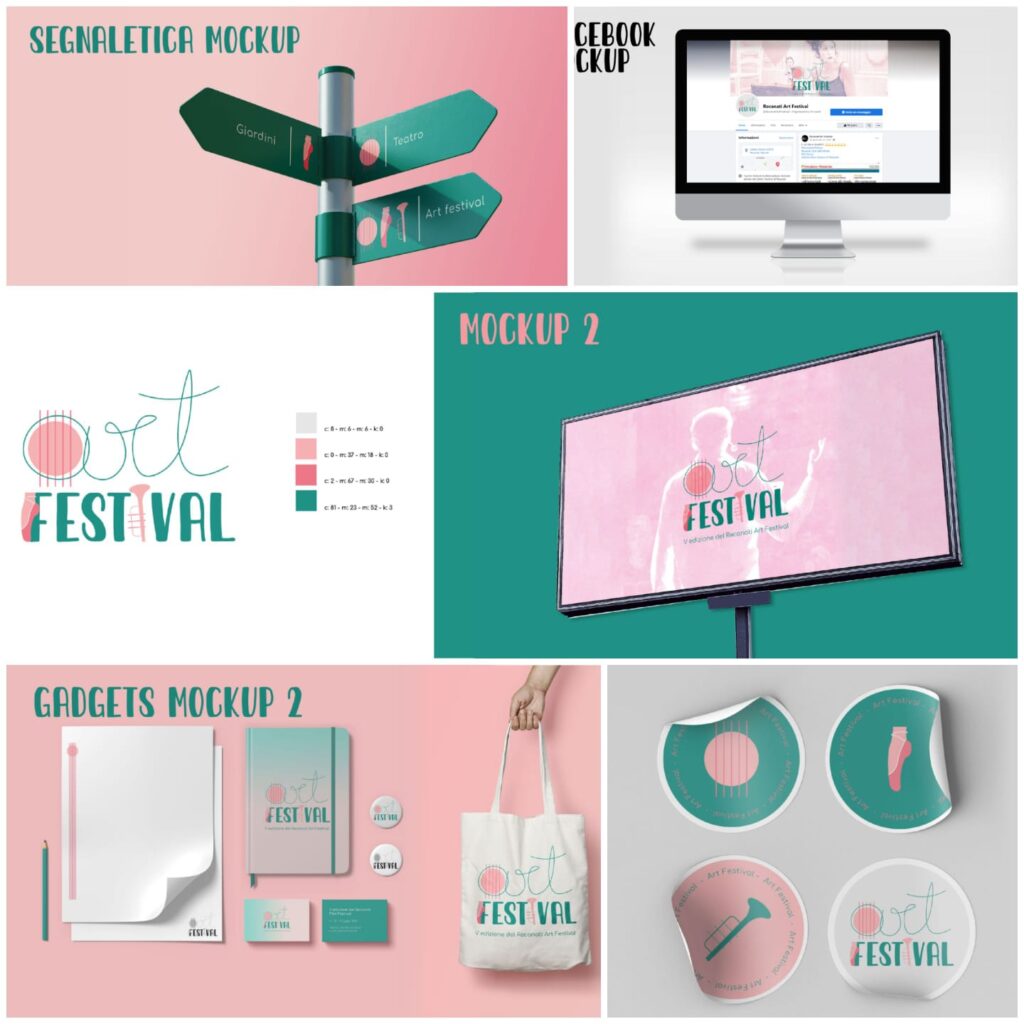